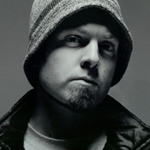 Musicians and music industry executives often complain about the money they miss out on when people download music for free. DJ Shadow now has a new twist on that story: The turntablist launched a cooperation with BitTorrent Inc. Tuesday that gets him some revenue every time someone downloads a free torrent of his tracks — as long as the downloader also installs the bundled software, that is. BitTorrent will offer a bundle of three MP3s from DJ Shadow’s upcoming album, Hidden Transmissions from the MPC Era (1992-1996) for download. The package will also include digital artwork, as well as some bundled software that will generate revenue for both the company and the artist. Read the full story at GigaOM.