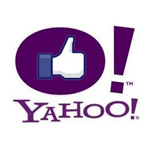 And so, the Facebook v. Yahoo! courtroom tussle has come to an end. The two Silicon Valley giants have agreed to a legal truce and cross-licensed a bit of each other’s IP, meaning that’s one less legal donnybrook we have to worry about upsetting consumer sensibilities. Not only have the two settled their differences over their respective advertising and social networking patents, but they’ve also agreed to an ad sales partnership, too. Now, if only all those other, myriad tech litigants could amicably settle their differences with such alacrity. Perhaps they should all take a gander at the PR after the break to see how it’s done. Read the full story at Engadget.

PreviousWant to see the future of mobile coverage? Go to a baseball game NextHave you checked your computer to make sure you don't have the DNS Changer bug?