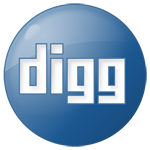 I am interested in imperfections, quirkiness, insanity, unpredictability. That’s what we really pay attention to anyway. We don’t talk about planes flying; we talk about them crashing.

I have not been writing as much as I used to. An overview of much of my writing would reveal a highly critical point-of-view of conventional digital thinking. Tibor’s quote at the beginning of this piece sums up my worldview.

There is a contradiction between my writing and the way I live my life. You see, while I relish critique, the glass is way more than half-full in my personal and professional life. I tried for a time to write like that, but stories like Digg’s demise and Groupon’s free fall pull me back in.

There is no FAA to examine the crash scenes of these once-high-flyers. I am donning my FAA hat to investigate these crashes. The answer is actually simple: The online ad model is broken.

What does this mean?

It means that few people can remember the last ad they saw on the web. It is worse than benign neglect. Ads have become malignant due to many factors. We will not go into the details of malignancy again right now, but suffice it to say that the only people wanting more ads are those peddling them. And increasingly, we are equipped with the means to avoid just about any advertising thrown our way.

The industry’s answer to the ecosystem’s ad problem has been… wait for it… to double down and serve more ads. I cannot make this up. Take what does not work and double it. The great media ecologist Marshall McLuhan said when a medium ‘overheats’ and is taken to an extreme, it “reverses into an opposing form.”

Online advertising has pushed the limits so hard that it has become an anti-advertising ecosystem. We no longer have an ad model; we have an anti-ad model. Hegel would be proud. To make matters even worse, links to advertisers’ websites must compete with on average 170 additional content links that publishers insert onto an average web page.

So we take a web page, fill it with competing exit links for more content…which tries to monetize that content with too many ads…which people either ignore or block…and publishers scratch their head why they cannot meet payroll without convincing an idiot VC to pony up?

Should we be surprised that Digg crashed? I read some weak attempts to articulate why Digg dug its own grave. Most of the people looking at the sordid remains of the crash surmised there was a technological problem. Digg, according to these investigators, did not have the right technology to remain aloft.

This is absurd. Digg is out of business because it could not sell enough of what does not work: advertising. Its audience opted out of advertising from day one. Enough savvy advertisers figured that out. $46 million in VC investments kept enough wind under Digg’s wings to ignore the turbulence of a failed model. And even now, after the crash, people are saying it was the technology or lack of it that did it in.

I suggest that if we are not going to talk about planes flying, let’s at least be accurate as to why they crash.

PreviousOS X Mountain Lion most likely set to debut on July 25th for only $19.99 NextPeter Jackson, 'The Hobbit' Director, On The 48 FPS Debate: 'If You Hate It, You Hate It'