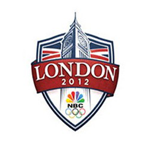 Less than a month before NBC’s latest multichannel Summer Olympics exercise from London, it remains anyone’s guess how these games, with thousands of coverage hours spread across more NBC Universal-owned channels, will turn out in viewership. What you can conclude at this point, and we’ll do so in parlance of scoring a baseball game, is that NBC has done some things to improve its chances for success, and kept a few things in place that inhibit those chances.

HOME RUN: The U.S. Olympic Trials were on NBC in primetime. In recent Olympiad years, the trials would show up weekend afternoons on MSNBC or CNBC with no advance publicity, leading to miniscule ratings. This time around, almost all of the trials in key sports were on NBC in weekday primetime hours, with some on-air promotional heft. Result: ratings were way up over 2008’s road to China, and more importantly, more people were exposed to the athletes (beyond Michael Phelps) who could bring home both medals and ratings. Remember, NBC’s 2008 coverage was a high primetime ratings draw because then-NBC Sports chief Dick Ebersol, in one of the great coups in sports TV history, had the Chinese authorities reset the swimming and gymnastics events–two NBC primetime tentpoles–to run live in most of the U.S. Live Olympics programming generally does better than tape-delayed. No such deal in London later this month, where live will be a daytime, not primetime, happening. Phelps and his fellow swimmers will not jump into the pool at 2 or 3 a.m. London time to keep our evenings engaged. The better the U.S. team does, the more viewers will be inclined to catch NBC primetime. So we better know who else on the U.S. team to watch, and this maneuver helped the cause.

DOUBLE: Stage pre-Olympics press conferences/conference calls. Big no under Ebersol, big yes under new NBC Sports seer Mark Lazarus. At long last, NBC’s concluding that journalists, bloggers and commentators will set aside more column space, airtime and Web copy to how both the Olympics and TV coverage of it will happen if you don’t keep those essential details a secret until the day of the opening ceremonies. In one day late last month, NBC held a press conference in New York, followed by a conference call. (Disclosure point: I wasn’t invited to the press conference, and would have if I was, and did hear the conference call.) Way better than nothing. Another credit: NBC didn’t wait until day of the opening ceremonies to issue press releases on the breakdown of its coverage across networks, and its on-air talent assignments.

ERRORS: The on-air/in public promotional blitz, especially by cable operators, continues to be largely invisible. Here we are, less than a month before the games, and I’ve yet to set a promo on CNBC, MSNBC, Bravo, or even NBC in major dayparts. (You see more Olympics ads by the likes of Visa and McDonald’s every few hours or so.) And on the local level, both on broadcast and cable, you’re seeing few or no spots for Olympics coverage. Meanwhile, at least in NYC, there’s no bus posters, subway signs, billboards or other public displays letting people know you can find Olympics coverage on NBC, NBC Sports Network or other related channels. Here’s a message to cable operators nationwide: the Triplecast fiasco happened two decades ago. It’s time to stop holding a grudge and start promoting an event that can be a big local viewing and advertising draw.

Telemundo remains a non-primetime player. Once again, NBC’s Spanish-language network will produce a record amount of Olympics coverage, more than 170 hours, with its excellent on-air talent led by co-hosts Andres Cantor (still soccer’s best play-by-play caller) and Jesse Losada (the Spanish-language Bob Costas). Once again, none of these hours will occupy primetime, where the largest audience and biggest advertising opportunity is. All daytime coverage and, thankfully, a huge cry from the embarrassing call to have Spanish-language viewers wake up at 4 a.m. to catch the action from China four years ago, and have the majority of coverage run weekdays from 4-8 a.m. Once again, NBC and Telemundo executives aren’t offering a straight answer why Spanish-language coverage can’t run in primetime. Cut the baloney: be straight and public over why not, and give Spanish-language viewers the option of primetime coverage, as NBC does for everyone else. Whatever action has the happen to accomplish this, whether transforming NBC affiliate resistance, International Olympic Committee TV rights incompetency or something else, let’s get it done.