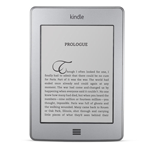 Maybe papercuts aren’t a part of the creator’s master plan, after all — not at the Hotel Indigo’s Newcastle location, at least, which is ditching the standard hardcover bible in favor of a Kindle edition. The hotel’s GM says the move, which brings Amazon’s e-reader to its 148 rooms, is keeping with the city’s rich publishing history. The device will come pre-loaded with the bible, with other religious texts available for the download. Customers can also download non-religious texts, which will be added to their bill. The move is currently being assessed under a trial basis, which will be revisited on July 16th. No word on whether the promotion will be expanded to other hotels in the chain. Read the full story at Engadget.