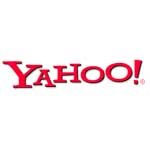 Yahoo has reportedly been hacked after the plaintext credentials for 400,000 logins were found to have been posted online, according to security expert Trusted Sec. The report — via Ars Technica — suggests that the user data is from the company’s Yahoo Voices content network, and the security firm has expressed its concern that it was so easily accessed: “The most alarming part to the entire story was the fact that the passwords were stored completely unencrypted and the full 400,000+ usernames and passwords are now public. The method for the compromise was apparently a SQL Injection attack to extract the sensitive information from the database.” Read the full story at The Next Web.