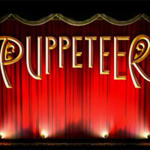 More than 270,000 gamers from throughout Europe and beyond have converged in the beautiful city of Cologne for the annual Gamescom video game festival. The show, which is more than twice as large as San Diego Comic-Con, offers attendees the first hands-on opportunities with some of the biggest games coming this fall and later. Activision is using one of the 10 massive halls at the Cologne Convention Center to allow gamers to play through four multiplayer maps from Treyarch’s “Call of Duty: Black Ops II.” Fans wait in line for hours for the chance to experience the games they likely already ordered for this Christmas. Read the full story at CNN.