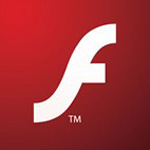 Adobe is pulling its Flash Player plug-in from Android’s Google Play store. It follows a decision to halt development of the software for mobile devices. The plug-in allows multimedia content created using the Flash format to be viewed via a web browser. Adobe will continue to develop the player for PCs. It will also support Air – a tool which lets developers turn web-based applications using Flash into standalone mobile apps. The Flash Player had been popular on Google Play – with two-thirds of users giving it a top score. Read the full story at the BBC.