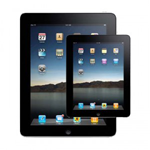 While it’s pretty much decided by the rumor mill, the pundits’ lounge, the Taiwan-leak machine, and well-informed geeks and nerds everywhere that Apple is going to A.) have a media event on September 12th, and B.) announce a new iPhone, a smaller iPad, and maybe even something new for the TV market, it now appears that Apple could be spreading these announcements over two separate media events. LoopInsight’s Jim Dalrymple and Daring Fireball’s John Gruber set the Mac blogoshpere abuzz on Thursday with a one-two punch that strongly suggests Apple will introduce the iPhone 5 (or whatever it’s named) on September 12th. Read the full story at Mac Observer.