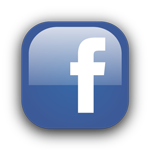 For the longest time, Facebook’s iOS apps have been terrible. On the iPhone and iPad, the app utilised a UIWebView interface, taking longer than it should to load, notifications were intermittent and the app crashed frequently. However, that’s all about to change with launch of version 5.0 for iOS, which is now available on the App Store. Facebook’s new native iOS update (for both iPhone and iPad) isn’t just quicker, the company says that it has been built from the ground up and twice as fast as the previous version when launching it on your iDevice. Read the full story at The Next Web.