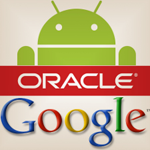 Google and Oracle on Friday revealed their shill lists–statements identifying journalists, bloggers, and commentators who expressed an opinion about Oracle’s patent and copyright infringement claim against Google and received money for doing so–without actually revealing anything. Oracle sued Google over its use of Android last year, initially claiming as much as $6 billion in damages. It now looks like the case will cost Oracle rather than enrich it. The case went to trial in April. A jury concluded in May that Google didn’t infringe Oracle’s Java patents but did infringe some of Oracle’s copyrighted Java APIs.