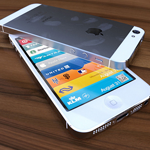 Apple will begin taking preorders for the next-generation iPhone on the same day it unveils the new phone, according to a new report. iMore, the same website that first pegged September 12th as the date for Apple’s “iPhone 5? announcement, on Monday reported that the Cupertino, California-based company plans to take preorders on September 12th as well. The site reiterates that Apple’s sixth iPhone will then launch the following week on September 21st, and says a second round of launches in various unnamed international markets is slated for the first week of October. Read the full story at Boy Genius Report.