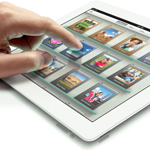 It’s high time for some competition in the tablet device space, after new data suggested that Apple holds a whopping 85 percent share of the market. That in mind, the release of Google’s Nexus 7 tablet and unveiling of Microsoft Surface are set to bring a dose of serious competition at right on time. The indicator of Apple’s dominance comes from figures pulled together by Pingdom, using data from Statcounter that analyses Web usage from tablet devices worldwide. Even allowing for data inaccuracies, the findings are very sorry reading for the Android-powered tablet collective, RIM and others that have failed to challenge Apple in a meaningful way. Read the full story at The Next Web.