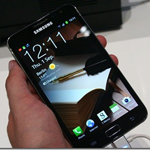 Thursday saw plenty of speculation about exactly what Samsung is launching at the media event it has arranged for German consumer electronics show IFA, and now the company has come clean and confirmed it will unveil the next version of the Galaxy Note ‘phablet’ on August 29 at the event. A company spokesperson told Reuters: We plan to unveil the next Galaxy Note at the Samsung Mobile Unpacked event in Berlin on August 29. While the comment doesn’t win any records for insight, it does confirm rumours that began when the firm distributed invitations to an event scheduled to take place at IFA, which has traditionally been a launchpad for a number of tech industry players. Read the full story at The Next Web.