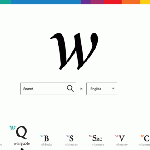 We’re all armchair quarterbacks when it comes to technology and apps that we love. There’s nothing wrong with that, since the feedback that we provide is sometimes turned into action. You’ve probably used Wikipedia, and it’s safe to say that you’d agree with the statement “It ain’t pretty.” Yes, Wikipedia is all about content and not so pleasing on the eye. What if it was a bit prettier, and more usable? A creative agency named New! has taken it upon themselves to “what if?” this scenario. On a site called Wikipedia Redefined, the team from New! goes through an exercise where the final result is quite impressive. Read the full story at The Next Web.