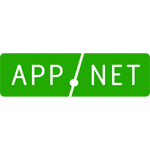 App.net, the subscription-based, ad-free Twitter alternative that is now fully funded and ready for extensive testing (you can find TNW’s profile here), is off to a relatively sluggish start. Diego Basch, currently ‘in between jobs’ after selling his company IndexTank to LinkedIn and briefly serving as the company’s engineering director, has compiled some initial stats, one month in (via Hacker News). Turns out App.net currently has approximately 20,000 users, of which a small minority seemingly dominates the conversation: Basch estimates that 250 users (1.25 percent) have so far accounted for half the posts. Read the full story at The Next Web.