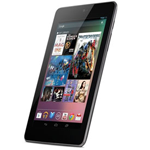 Photos that appeared online over the weekend appear to have been taken with an as yet unannounced Samsung phone, which seemingly fits in with Samsung’s Nexus device naming system. The data attached to the shots say they were taken with a device Samsung’s labelled the GT-i9260, which you might reasonably expect to be an update of the phone known as the GT-i9250 – which was last year’s Galaxy Nexus. Given that we’ve previously heard about this i9260 model are and expecting Samsung to contribute a new Nexus this year, it all makes perfect sense. Read the full story at Gizmodo.