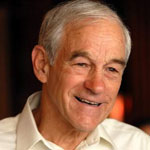 There is not one of you who dares to write your honest opinions, and if you did, you know beforehand that it would never appear in print…You know it and I know it, and what folly is this toasting an independent press? We are the tools and vassals of rich men behind the scenes. We are the jumping jacks, they pull the strings and we dance. Our talents, our possibilities and our lives are all the property of other men.

The great political theater, otherwise known as our political conventions, is over. The way Ron Paul and his delegates were treated made me pause to think about how the mainstream media (MSM) covered him. I happened to be in Maine when the Ron Paul delegation was unseated by the RNC. The RNC did not want Paul to have a 5-state plurality of delegates that would have insured his name would be put into nomination for President.

The MSM basically made this story be nothing more than a footnote in the theatrical production. Millions of Ron Paul supporters know that the MSM basically left him out of the equation for the entire campaign. In other words, the Ron Paul constituency learned what journalist John Swinton said more than 100 years ago.

But how many other constituencies have learned the lessons of Ron Paul and John Swinton?

If you are a Native American that has not fully assimilated or lost his/her identity, would you not know that the MSM has largely marginalized your history, and your present circumstances as well? On my recent trip to the great Northeast, I traveled from Illinois (a vestige of the Indian word, “irenwe-wa” meaning “speak the regular way”) to Niagara Falls (Iroquois for “thundering water”) and on to Maine, which was only inhabited by the Algonquin Indians until the 1600s.

My trip was breathtakingly beautiful, but the long forgotten Native American names and villages along the way reminded me what Gore Vidal said: “USA stands for the United States of Amnesia.” MSM has been obliging in forgetting history, and even made its destruction sound noble with phrases like “Manifest Destiny.” MSM lost the confidence and trust of the Native American constituency long ago.

An overwhelming majority of blacks in America have dropped out of the MSM target audience. One in three black men end up in prison. Less than 30 percent of blacks vote. I think it is safe to say that the MSM has lost the trust of a majority of this constituency, from conservative blacks like Louis Farrakhan and his followers to progressive voices like Cornel West.

If you are a progressive who hangs on every word Noam Chomsky says, you will not find him anywhere on MSM news outlets. If you lean left… really left… there is no place within the MSM matrix to satisfy you. You understand quite well what Swinton was talking about.

If you are one of the 7 million Muslims in the US, you know how the MSM implies association with Al Qaida if you dare question drone strikes killing civilians. The NY Times has done this on more than one occasion, which has helped out its handlers. MSM has never earned the trust and confidence of this constituency, so it could not lose that trust.

If you are a person who questions why a private bank (Federal Reserve) is allowed to print money and earn interest from printing trillions of dollars, interest paid by the government earned from taxing citizens, you are marginalized as a “conspiracy theorist” for even asking why we pay taxes to pay interest to a private bank. Meanwhile, the General Accounting Office (GAO) released a partial audit of the Fed and discovered that $16 TRILLION was given to banks, not the amount reported by the MSM (see page 131 of the report for details.)

If you are one of the 57 percent who believe that Kennedy was not killed by a lone gunman or 52% of the population who questions the official version of 9-11, the MSM labels you a kook and tries to marginalize you. Simply put, these constituencies no longer believe or trust the MSM, which continues to promote the official story.

If you hold strong anti-war views, where do you go for information? The NY Times? Not a chance. It promoted the Iraq war as if it were on the Pentagon payroll. Forget what Fox says about the NYT; both serve the same masters. The liberal publication The Guardian recently broke a story how the NY Times colluded with the CIA. Real anti-war constituencies long ago moved away from counting on the MSM to give useful information.

Another former, NY Times journalist and Pulitzer Prize summarized why the MSM is in decline:

We are ruled, entertained, and informed by courtiers — and the media has evolved into a class of courtiers. The Democrats, like the Republicans, are mostly courtiers. Our pundits and experts, at least those with prominent public platforms, are courtiers. We are captivated by the hollow stagecraft of political theater as we are ruthlessly stripped of power. It is smoke and mirrors, tricks and con games, and the purpose behind it is deception.

― Chris Hedges, Empire of Illusion: The End of Literacy and the Triumph of Spectacle

There are many more constituencies for whom the MSM has lost trust. In the past, there was really no place for these constituencies to turn. But the Internet has allowed these groups to find and nurture each other. And what has become of the national news outlets?

They are in precipitous decline. With each attempt to marginalize yet another group, newspapers and national news outlets like CNN, Fox, MSNBC, ABC News, NBC News and CBS News have all become a shell of their former selves. They increasingly carry the water for their masters. They give quote approval for Obama and Romney camps. They withhold stories on demand.

When the most trusted name in US journalism is an American comedian, Jon Stewart, the joke may be on us. The MSM is in full decline because it has lost constituencies one at a time. I could have continued with naming more, but I cut it off in the interest of time. Many of the ones listed may disagree with each other, but they are all in agreement that trust in MSM has been lost, and they have all found alternatives.