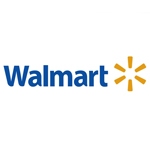 Enormous retail chain Walmart will cease selling all Amazon Kindle products, reports Reuters. The initial report is a brief that is based on an internal company memo. Reuters on the memo: “We have recently made the business decision to not carry Amazon tablets and eReaders beyond our existing inventory and purchase commitments,” Wal-Mart said in a memo sent to store managers dated September 19. “This includes all Amazon Kindle models current and recently announced.” Target stores stopped selling Kindles a few months ago. Read the full story at The Next Web.