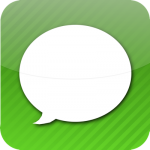 The SMS protocol on iOS has had an issue wherein you’re able to manipulate the little-used “Reply To” field in a text message to make it look like it was coming from anyone you wanted it to. But with the proper release of iOS 6 the days of pulling that stunt on an iPhone are over. According to iJailbreak, Twitter user p0sixninja was the first to notice that Apple patched the flaw as part of an “insane number of security fixes” included in the update. The site also says that Android and BlackBerry have not been affected by the same issue, bolstering their OSes with more secure messaging apps. Read the full story at Gizmodo.