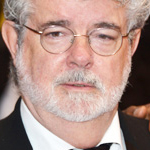 Along with fans, we were thrown into a frenzy on Tuesday when it was announced that Disney had purchased George Lucas’ Lucasfilm for more than $4 billion. The deal will not only bring Luke, Leia, Chewbacca, Han and the gang into the Mouse house, but it will also serve to re-boot one of the most popular and highest-grossing film franchises of all time. Read the full story on mtv.com