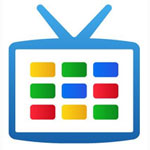 Google TV just became a thing you might actually want to use. According to a post on the Google TV blog, starting today, you can watch and listen to Google Play Movies, Music, and TV shows from your Google TV. Maybe you’re saying, “About time.” Or, more probably, “Wait, it didn’t do those things already?” Either way, Apple TV, Xbox, and every other media hub service just got an actual competitor in the new and improved Google TV. Like those services, you can buy content from any device and watch it through Google TV. Also like Apple TV and the Xbox 360, you can buy or rent stuff from the Play Store right from Google TV. Read the full story at Gizmodo.

PreviousWarning: Skype users attacked by ‘lol is this your new profile pic?’ ransomware and click fraud NextGmail users: Buying extra storage will not increase your email space over 25 GB