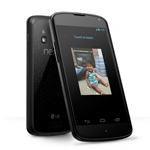 Google’s newly introduced Nexus 4 device does not have LTE. Let that sink in for a moment. A flagship device that is meant to represent the best that Android can offer does not have LTE. If you recall, just a few months ago, the Android spin machine was full-tilt on talking about why LTE was the greatest and that Apple’s iPhone 5 absolutely must have it in order to compete in the market. In fact, way back when the iPhone 4S was introduced without it, Apple was decried by sites like The Verge as being late to the party on LTE, which has been around in Android phones for years at that point. Read the full story at The Next Web.