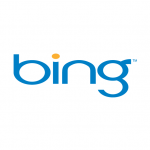 Microsoft has just released an update to its Bing on Xbox feature for Xbox Live that is designed to provide you with entertainment content that is relevant to you. As part of this update, users will now be able to search by voice with more accuracy while also being given other features to help refine their search queries. You might remember last year when the software giant released Bing on Xbox. The service was intended to extend the search engine’s capability beyond the Internet and computer to searches done through Xbox Live. Read the full story at The Next Web.