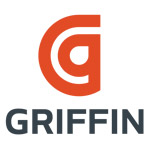 Griffin sells cool stuff, and lots of it — like the app-controlled, HELO TC Assault helicopter.  While you here, check out the Beacon, which turns your phone into one of the most powerful, easiest-to-use universal remote ever. Powered by Dijit, the Beacon lets your phone or tablet control everything in your home entertainment system without wires or networking. How many things can it control? Over 200,000. Yeah, that’s right. Over, two hundred thousand and the list keeps growing.

For kids, Griffin has teamed up with Crayola to make new ways for kids and adults to play, create and interact with color on your digital devices. Products like the ColorStudio HD or DigiTools turn your iPad or iPhone into an open canvas, which allows anyone to draw or paint or color their own masterpiece using an included (safe-to-use!) pen for your device’s screen.

For audio, Griffin has the iTrip, the original FM transmitter, which gives you a wireless way to play music from an iPod or iPhone on your car stereo. Griffin has even added in things like DualConnect, which makes using your iDevice in the car even easier and less distracting.

For performers, Griffin has accessories like the GuitarConnect Cable, mic stands, or a Stompbox.

Griffin has a product catalog that you just want to jump into, so look around.  You going to find something you absolutely have to have – even though you didn’t know you needed it.