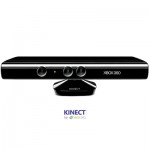 In 2010, Microsoft unveiled a new Xbox 360 accessory it said would change the way gamers played. The Kinect was the first motion controlled gaming system that didn’t require a controller, instead allowing players to use their whole body to move the game. While the Nintendo Wii popularized motion controls with its innovative Wii Remotes in 2006, Microsoft planned to take it a step further with the Kinect, originally dubbed Project Natal. The Kinect uses a complicated system of sensors, lasers and cameras to reflect a player’s gestures and actions on screen. Read the full story at Mashable.