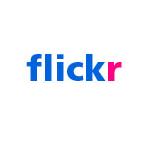 As soon as Marissa Mayer was named Yahoo’s CEO, people were extremely loud about “saving” Flickr. What’s left of the passionate photo community have been waiting for innovation, something that they can get behind and feel good about when they’re spending their time using the site. On Wednesday, the company has released a completely overhauled version of Flickr for iOS, its first update since Dec 21, 2011. You read that right, the app hasn’t had an update since last December. For some of us, we’ve moved on to other photo hosting and sharing services, and companies like Facebook and Google have taken a major bite out of Flickr’s powerful photographic stronghold. I’ve personally let my Flickr Pro account lapse, because there just wasn’t enough value in continuing to go back to it.