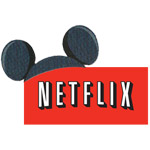 Walt Disney studios and Netflix entered into a multi-year agreement that makes the online video distributor the only US subscription service with licensing to show first-run live-action and animated films from the studio. And it’s doing it in the first pay window, which is a very big deal. Additionally, Disney and Netflix have cut a multi-year catalog deal that as of today, brings Disney movies like Dumbo, Pocahontas and Alice in Wonderland to the service. The deal will begin with Disney’s theatrical releases in 2016. Read the full story at The Next Web.

PreviousLast.fm founders are back for an encore, hope to change the way you discover content online NextAmazon launches $3 Per Month Kid-Friendly Media Service