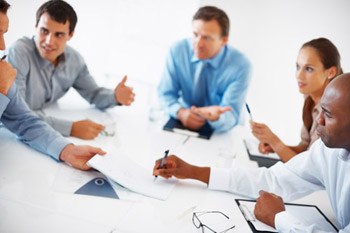 How do we prepare ourselves and our children for a future where we are surrounded by ever-increasing intelligent machines? What skills will we need in a future where computers do tasks originally performed by people?

There are two skills that computers will have a really hard time mastering in the next few decades. By understanding how computers and algorithms work, it becomes clear that the skills of tomorrow are emotional intelligence and cognitive synthesis.

Human beings are really good at communicating with other human beings. We understand each other through a complex system of audio and visual clues that baffle computers. Being human and being able to communicate and interact with other humans is a unique skill that will be even more in demand in the future than it is today.

Cognitive synthesis is the ability to take information from a wide variety of sources, combine them and then make sense of this new information. Humans are really good at taking inputs from multiple places, mixing them together in new ways and coming up with new ideas and perspectives.

By their very definition, current algorithms are really bad at this. They aren’t designed to do it. If a computer was making a cake and found it was missing a cake pan, it would freeze or crash. If a human baker was confronted with the same problem, he might look for a cupcake pan instead.

This kind of lateral thinking is where human innovation is born, and it points out some current problems in how we think of education.

“In education today, I’m concerned that we are just teaching for the test,” said Kal Penn when we were discussing the future of education in America.

Kal Penn is an established actor in movies and TV (House, How I Met Your Mother, Harold and Kumar), but he has also served in President Barack Obama’s administration as Associate Director in the White House Office of Public Engagement. In 2012, he hosted the Democratic National Convention and made a passionate speech urging young people to get involved and vote.

“In too many schools, we are cutting funding for the arts,” Kal explained. “We are so concerned with passing the required standardized tests that this is all schools and teachers can afford teach. We’re teaching students to pass the test and that’s it. People are so worried that America is prepared to compete, but this approach isn’t going to get us there.”

This kind of cross-subject learning is at the base of lateral thinking and the cognitive synthesis that we will all need to compete in the future. If we are teaching students simply to pass a standardized test, aren’t we preparing them for their jobs to be taken over by a computer?

Not All Cakes Are Created Equal 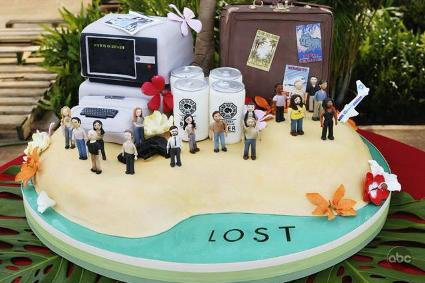 By its definition, a standardized test standardizes learning and concepts. Once you’ve been able to do this, we can then turn it into algorithmic functions. If we just teach kids to bake a cake in the same standardized way, all we will ever get is the same cake. We can design a computer and a robot to make those cakes. It takes a human brain to make the leap to new ideas. In a standardized cake baking world, it takes humans to make cupcakes.

This doesn’t mean we can do away with the basics. We still need to learn math, engineering and science. We still need to understand the code and be able to write it. But we also need to expand our thinking and put our cognitive synthesis to use. We need both.

“When I was in school, I was I was fascinated with physics and the idea of time dilation,” Kal said.

(Time dilatation is the difference between elapsed time, specifically as it relates to gravity. If you are further away from Earth, time moves slower than when you are on the planet. For example, an astronaut’s watch in space will go slower than your watch here on the ground.)

“I was studying acting,” Kal continued. “I wasn’t planning on being a physicist, but the stories and the ideas behind time dilatation fascinated me. I would ask my professors what happens after the astronaut gets back to Earth. What happens next? Their answer was always, ‘You take the test next.’” Kal laughed. “I know I needed to take the test, but I was thinking about the physics in a different way.”

This kind of thinking, these different perspectives, will be essential not just in a more competitive global economy, but also in the world of smarter machines.

Legendary futurist Alvin Toffler wrote that “Society needs all kinds of skills that are not just cognitive; they’re emotional, they’re affectional. You can’t run society on data and computers alone.”

Alvin Toffler is the futurist’s futurist. He’s the futurist prime. He and his wife Heidi made futurism – the practice of thinking and talking about the future – a household idea. If you went to a garage sale anywhere in America in the 1970s, it seemed that everyone had read Toffler’s 1970 book Future Shock. It was made into a short film documentary, directed by Alex Grasshoff and narrated by Orson Welles. If you haven’t seen it it’s a gem.

Toffler also wrote that “tomorrow’s illiterate will not be the man who can’t read; he will be the man who has not learned how to learn.” Just as throwing technology at children will not make them smarter, technology alone is not the answer to future innovation. The great ideas of tomorrow will spring from a clear-eyed understanding of who we are as humans, what we are good at and how to use the technology that surrounds us.

That’s a simple algorithm that really could get us somewhere.