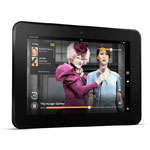 Google entered the tablet market with its Nexus 7 range last year but it is Amazon, the US retailer that has a somewhat strained relationship with the search giant, that is dominating the Android tablet market worldwide with its Kindle Fire range, a new report claims. Research from mobile app analytics service Localytics which goes live tomorrow shows that the Kindle Fire is by far and away the most owned Android tablet on the planet. The company estimates that the number of Amazon Fire devices in the US alone represents 33 percent of all Android tablets worldwide — while the US itself is the world’s biggest tablet market with a 59 percent market share. There is a key reason behind that factor, namely the limited availability of the Kindle Fire range itself. Initially available in the US only, Amazon later released its devices in selected European markets but Localytics estimates that 89 percent of Kindle Fires are based in the US.