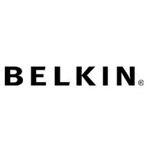 Looking back, it’s hard to figure out what networking giant Cisco Systems ever wanted with consumer goods, anyway. But now the distraction of trying to sell stuff to consumers and not companies is gone. Word just hit the wires that Belkin, the company behind numerous consumer accessory products like Web cams, power strips, cables, phone cases and such, just announced that it will buy Cisco’s consumer home networking unit, Linksys. Financial terms aren’t being disclosed, at least not by Belkin as yet, though the price may show up in a Cisco filing sooner or later. However, the company, which has an existing consumer networking business, says the deal will give it a 30 percent foothold in the retail home and small-business networking market, where competitors who come to mind include the likes of Netgear, Apple and D-Link.