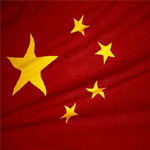 Chinese officials are said to be in the process of reviewing a ban on gaming consoles that was established in 2000, potentially opening up a massive untapped market for the likes of Sony, Microsoft and Nintendo, according to China Daily. A source within the Ministry of Culture told the paper: “We are reviewing the policy and have conducted some surveys and held discussions with other ministries on the possibility of opening up the game console market.” Rescinding the ban could take some political wrangling, though, as the source said that all seven ministries that issued the ban will need to approve the decision. The law was originally intended to protect impressionable youth from games. Whispers of a console ban repeal have been around for years now, but China Daily’s government source suggests authorities are at least reconsidering the rule.