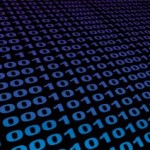 Streaming video is the future. Well, it’s the present, but the future too. And as resolutions increase, it’s going to be a tougher and tougher proposition to pipe all that data to your screen of choice in a timely fashion. Fortunately, the new H.265 standard has been approved by the ITU and it’s here to help. Also known as High Efficiency Video Coding (HEVC), the H.265 standard should make HD video streaming easier and could make even UHD (formerly known as 4K) streaming feasible whenever that becomes a thing that people actually might want to do. Ideally, new compression techniques that come along with the H.265 standard should make 1080p streaming possible while only requiring about half as much of the data that’s required today. On top of making it easier to stream increasingly high definition content, the new standard should also make it easier to stream stuff on less-than-zippy networks.