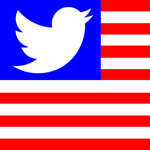 All 100 United States Senators are now using Twitter, while 90% of House of Representatives are on the network, according to Twitter. Those numbers have increased dramatically in the past two years: When the 112th Congress began in 2011, 44% of the Senate and 35% of the House were on Twitter, said the company in a recent blog post. Some states have adopted Twitter more than others: 29 states have all of their legislators in the Senate and House on Twitter, while every state has at least 70% on Twitter. Lawmakers use Twitter in different ways: Iowa Republican Senator Chuck Grassley is famous for his typos and occasionally bizzarre tweets, which he writes himself. And Democratic Missouri Senator Claire McCaskill recently posted an explanation for why she doesn’t follow her constituents back on Twitter.