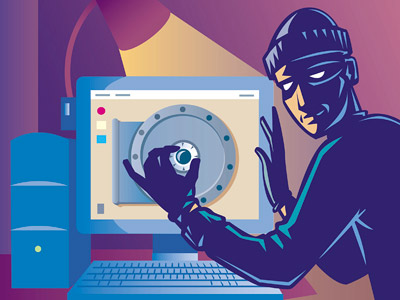 In the PC world, hacking, viruses and cybercrime started out fairly slowly, with pranks and viruses meant to causes a nuisance. Along the way, hackers learned how to use technology to steal real money and never be caught. Organized crime and hacker syndicates are now commonplace, and are training tomorrow’s cyber thieves. Cybercrime has surpassed drug trafficking as the most lucrative illegal business.

The Mobile Market is Ripe for Hackers
As we begin 2013, the number of mobile connected devices now exceeds the world population. Not only is it a much larger market, but one that contains a customer base that includes seniors and preteens, the favorite targets of savvy hackers. Mobile hacking is on the rise, but it has come close to hitting its stride. The number of mobile malware cases targeting Google’s Android platform went from 30,000 to 175,000 from the 2nd to 3rd quarters of 2012, according to recent report from Trend Micro.

The PC industry and its growth have spawned a new generation of tech savvy users… and the largest numbers of hackers ever to exist. Moving to mobile devices is the logical next step. As Billy the Kid famously answered when he was asked why he robbed banks: “That’s where the money is.” 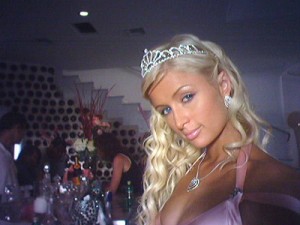 Hacking mobile devices is certainly not new and good hackers don’t discriminate against any platforms or operating systems. There have already been well publicized hacks of celebrity cell phones as early as 2005. A teen famously hacked into Paris Hilton’s mobile device and revealed contacts and photos online. The same skills that might make good pranks or be the envy of friends are used for far more sinister and profitable attacks. The same teen was involved in the attack on the LexisNexis Group, exposing the personal information of more than 300,000 consumers.

The Mobile Device Makers Dirty Little Secret
Mobile manufacturers are making it easy for hackers to see everything you do. Because of the small form factor of these devices, manufacturers use a form fill feature that uses your keystrokes to determine what word you are typing. Its intentions are good in that it makes it easier for you to text, but it gives hackers access to EVERYTHING you have ever typed since you booted the phone.

They have, in essence, embedded a keylogger on every device. All your keystrokes are stored in an unencrypted cache file. All a hacker needs to do is write malware that accesses that cache and provides that data to them. If anyone is attending the RSA Security Conference in San Francisco on February 25-March 1 in San Francisco, StrikeForce Technologies will be showing how this is done at Booth 539.

Hackers can also design malware that seeks out certain words or phrases asking just the keystrokes that follow. They look for bank names (to steal your login/password credentials), your company’s VPN URL (for a potential data breach), retail sites (to steal your credit card information), as well as college application and student loan companies (to gain access to your personal and financial information).

Mobile malware has already been used for some of the world largest data breaches. FinFisher, Loozfon and Dougalek, are examples of mobile malware that have already had their day in the sun. FinFisher is a piece of spyware that hijacks your Android phone so it can be controlled remotely. It has used web links and SMS system update texts to infiltrate your device. Loozfon will steal your number and your address book. Dougalek is an SMS Trojan that led to one of the largest data breaches in history (according to Kaspersky Labs, SMS Trojans account for more than half of all mobile malware). When these types of malware are on your system, problems will follow.

Some may tell you that Apple iOS is more secure, but that isn’t necessarily true. Apple devices only run one application at a time, which makes it impossible (at this point) to run anti-malware in the background. It is true that the majority of hacks currently occur on Android devices, but that’s mainly because that’s where the larger number of users reside. In July 2012, malware was found for the first time in the IOS (Apple) App store. 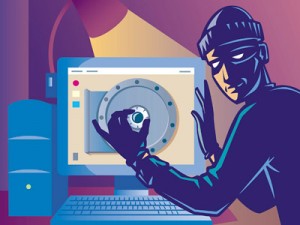 The most common ways mobile malware infects your mobile devices is through app stores, phishing attacks/adware, SMS Trojans or root access malware. Google Play (Android App Store) and Apple App Store each have anti-virus programs that seek out infected files, but just as in the PC world, they are only effective against known malware. That still leaves the door wide open for zero day attacks, and any newly written malware (thousands are written every day). Malware can also be hidden inside popular applications.

Some reports indicate that 50 percent of mobile devices already have unpatched vulnerabilities. If your device is infected, it can be used to perpetrate friends, family, coworkers or breach your company’s VPN. Many of these malware programs include keyloggers that track every keystroke you make on your mobile keypad. They steal your credentials, personal information, login/password for banks, social media, VPN and have that information sent to them in forms of email SMS or even phone calls. Some malicious programs will just trigger your device to continuously call or text 866 or 900 numbers.

How Can I Tell if I’m Infected?

Mobile device hacking (and keylogging in particular) involves a wide range of crimes, including: identity theft, credit card fraud, data breaches and even physical theft (home robbery, abductions, and more). Imagine your teenage daughter is texting her friend, saying she is home alone, unaware that a keylogger is on her system. The criminal knows her address and that she is alone.

Even your photos are at risk. Actress Scarlett Johansson’s photos were stolen from her phone and posted online. Imagine what the result of a sexting incident posted online can do to someone’s reputation. A simple keylogger could ruin lives, cause terrible embarrassment, or get you fired from your job.

How
Download some sort of anti-virus software. Anti-virus vendors that make solutions for mobile include the usual suspects like Symantec, McAfee, Kaspersky, Lookout, Sophos, and Trend Micro, among others. Most experts agree that they do little to prevent malware on mobile devices. The entire premise of anti-malware is flawed because it only protects from the “known.” It’s akin to arresting criminals and assuming that will end crime. Although they are only marginally effective, it’s better than nothing.

Anti-malware software should be paired with keystroke encryption. StrikeForce Technologies’ MobileTrust solution provides keystroke encryption that encrypts all of your keystrokes, making it impossible for hackers (even zero day attacks) to steal your information (all hackers will see are 1234567890123456789 etc.). It also includes a password vault that stores all passwords in an encrypted database, a strong password generator enables users to create and store hard-to-crack passwords, two-factor authentication and an encrypted database.

Remember, it’s up to YOU to protect yourself.

George Waller is a co-founder and the prior CEO of StrikeForce Technologies Inc., a provider of out-of-band authentication, keystroke encryption, and mobile security to prevent online identity theft and data breaches. StrikeForce’s products are currently protecting millions of consumers, corporations, and government agencies in over 100 countries. www.strikeforcetech.com