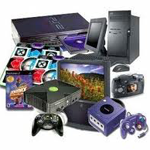 Look—taking away the ability to play used games will always generate some outcry. And so far, consumers have treated the idea of a video game console blocking pre-owned discs as shots fired. For many gamers, it’s a consumer-hostile idea forced on the industry by greedy publishers and console makers. Even the faintest rumors stating that the next Xbox or PlayStation will block used games is enough to generate hundreds of angry comments on Internet forums. They pledge blanket boycotts and argue that the big corporations are shooting themselves in the foot. This could well be true. But it’s possible to imagine a world in which the powers-that-be use the elimination of the second-hand market as the impetus to shake up the way console gaming retail works. This change could potentially spark benefits for consumers and game makers.