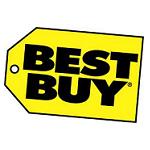 It appears that Best Buy founder Richard Schulze will not be resuming control of the struggling electronics retail giant any time soon. Negotiations between the Best Buy and Schulze’s investment group have concluded without an agreement for taking the company private, sources with knowledge of the matter told The New York Times, although they cautioned that talks could resume in the future. Schulze, who founded Best Buy in 1966 and served as CEO until 2002, still owns 20 percent of the company and had proposed paying between $24 and $26 per share in cash to acquire the outstanding shares he doesn’t own — a premium of as much as 40 percent over today’s closing price of $17.50. Schulze told the company’s board last August that he would pay up to $8.8 billion for the big-box electronics chain, saying he was “deeply concerned about the direction of the company.”