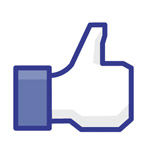 Do you like your fries straight or curly? The answer may reveal more about you than you think. According to a Cambridge University study published Monday looking at how much what people “like” on Facebook can reveal about who they are, people who openly declare their affinity for curly fries on Facebook tend to have higher IQs. Click by click, Facebook users are building a surprisingly nuanced picture of themselves, even without filling out their social networking profiles. Researchers published the article online at the Proceedings for the National Academy of the Sciences, showing off how they were able to figure out traits such as gender, personality type, political views and sexual orientation of individuals based on what 58,000 Facebook users decided to “like” on sites around the Web. All of the information in the study, the report said, was in the public domain.