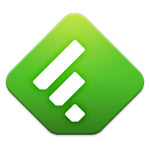 Feedly is riding high, announcing that it has picked up 500,000 new users in a mere 48 hours. This follows Google’s recent move to shutter its Reader service has helped to boost the RSS service. Google’s decision to kill off its Reader product led to a storm of complaints. Despite RSS being an aged technology whose best days are firmly in the past, Reader retained a core, active constituency. That userbase was up for grabs the moment that Google decided to end Reader, and many alternatives stood up to accept the fleeing masses. TNW reported a number of substitute products in the aftermath, including Feedly, Flipboard, and Newsblur. None is a precise replacement to Google Reader, but each could be a serviceable stand-in. Feedly, for one, is basking in the afterglow of The End of Reader.