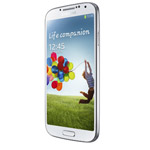 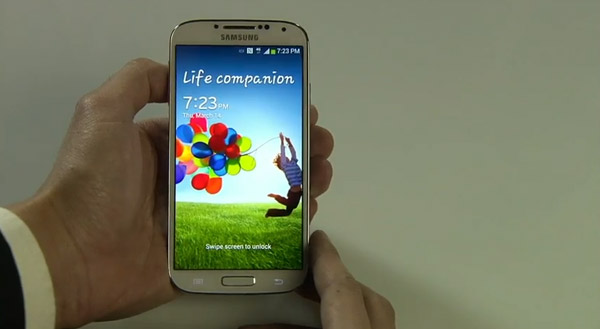 With all the pomp and circumstance usually afforded an iDevice, Samsung finally unveiled the much-anticipated Galaxy S IV. The expectations were set so high; many assumed that the GS4 might rival the next coming of the Lord. As smartphones go, this is a tall order – even for Samsung.

Samsung says the phone will help us with our life tasks, and that “it will make [our lives] richer, simpler and fuller.” However, in keeping with a recent trend in non-Apple product announcements, Samsung did not announce a price or release date, outside of saying it would retail for the same price as a “Samsung premium smartphone” and would release in Q2, starting by the end of April. It will be available at AT&T, Verizon, T-Mobile, Sprint, Cricket and U.S. Cellular.

Burning Question 1: Is the Samsung Galaxy S IV better than an iPhone 5?

Simple Answer: Yes. By every way you can measure technical specifications. But the Galaxy 3 III is too.

Burning Question 2: Should I buy one the moment it comes out?

Non-Simple Answer: I’m going to, but you may have several good reasons to wait. I am also going to get the Samsung Galaxy Note 8 and go all Android for a while. I’m kind of done with iOS. But that’s just me.

Burning Question 3: Is the Samsung Galaxy S IV going to be better than the next iteration of the iPhone, like the iPhone 5S or whatever Apple calls the next one?

Correct Answer: No one knows, but it would be pretty tough for Apple to match the specifications of the Galaxy S IV inside a package the size of the iPhone 5 – we’ll have an answer in June or August depending upon which rumors you believe.

Now that I’m done with the burning questions, let’s have a look at the hardware:

The hardware is all really nice, but there’s no feature that’s unheard of in another smartphone. It has a killer 5-inch 1080p Super AMOLED display with 441 pixels per inch. The American version of the phone runs a 1.9 GHz quad-core Snapdragon processor, while the Asian and European versions get the Exynos 5 Octa eight-core processor, which has been anticipated for a long, long time.

The camera hardware is not new or unique, but it is state-of-the-art. It has a 13 megapixel camera that shoots 1080p on the back, with a 2 megapixel front-facing camera.

Apple thinks we’re too dumb to be able to remove a phone’s battery. Samsung knows us better. The S IV’s battery is removable and gets a boost to 2600 mAh capacity.

On balance, the GS 4 is hardware comparable to the HTC One, the Sony Xperia Z and the LG Optimus G Pro. From a hardware perspective, it is not the second coming of the Lord, it’s the fourth coming of a full-featured quad-core smartphone. That said, this is a lot of serious horsepower in a handheld device and I’m excited about it. 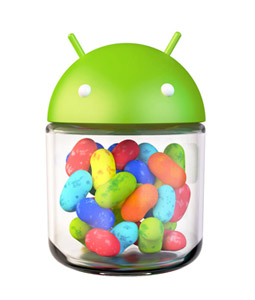 Samsung has outdone themselves with its amazing implementation of Android 4.2.2 (Jelly Bean) and some other truly great software. Sadly, the production model phone does not feature eye tracking as was rumored, but it has some other tricks that are noteworthy.

AirView is pretty awesome. You can hover your finger over the phone’s display and interact with the phone. Apps like your calendar, email and Flipboard work in special ways when you hover.

AirBrowse is even better. You can wave your hand over the phone to look through photo galleries, songs or browser tabs, and wave up or down to scroll on a page. You can also answer your phone by waving over it, which automatically puts the call in speakerphone mode. That’s smart.

Similar to hand gestures (and similar to what people thought we might get in eye tracking) is something called Smart Pause. If you look away from the screen while watching a video, it’ll pause. That’s a cool feature.

Text Reader is going to be a huge hit for businesspeople. It’ll let you scan something, like a business card, and automatically import data like phone numbers, e-mail addresses and the like. It also works with QR codes. This is going to be incredibly handy at trade shows like CES, where business cards are the only thing more common than iPhone cases.

We know the 13 megapixel rear camera and 2 megapixel front camera aren’t anything to write home to Mom about. But Samsung has added in a few cool camera features that set it apart from most (if not all) other smartphones.

Eraser is probably the coolest feature. Did someone photobomb your picture, either intentionally or accidentally? Eraser takes multiple images in burst mode and detects any movement in the frame. You’re then able to erase any unwanted parts from the picture and the phone will restore the gap from the content from other pictures. Neat.

Journalists and people who need to hire lots of employees may like the Dual Camera feature. The phone can record video from both cameras at the same time and combine them in up to eight different ways. Need to record both sides of an interview? You got it. You may never use this feature, or you might use it all the time. Your mileage may vary. 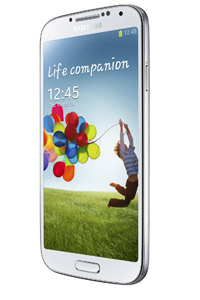 Samsung also included a handful of proprietary apps that set the Galaxy S IV apart from other top-tier phones.

S-Health is Samsung’s return to the ever-growing tech sector of health tracking. S-Health works with an integrated pedometer, optional heart rate monitor or pedometer band. Your data is then synced to Samsung for storage and analysis. Think Fitbit on your phone.

S-Translator is an integrated translation app in other apps, helping to translate communications to one of 10 languages at launch. You can type a sentence in and the phone will read it aloud in any of those 10 languages. It supports text-to-speech and speech-to-text.

Since everyone who isn’t Apple is using Android, it’s going to be hard for any manufacturer to create a true stand out device. The phone and tablet business feels a lot like the PC business did in the Wintel era – lots of undifferentiated hardware running the same software. But Samsung has the right idea – separate the features of the hardware (which everyone can OEM) and concentrate on the benefits of the software (which can, in some cases, be proprietary). That’s the story of the GS4 and it’s a pretty good one.

You’re up, Apple. Samsung delivered big time! What you got?