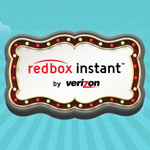 Redbox Instant, the video-streaming service that arrived to the public this week, won’t work on your jailbroken iOS device. Instead, upon launching the mobile app, users with jailbroken devices are presented with an error message informing them that their “device is compromised.” The app then fails to load. There doesn’t yet appear to be any workaround to this situation, so if you’re one of the millions who just jailbroke your iPhone or iPad, then Redbox’s streaming service will be off-limits to you. For background, Verizon and Redbox announced their plans for a Netflix competitor this July, which was launched into beta testing in December, with apps for both Android and iOS. As of this week’s public debut, the service offers subscribers access to around 4,600 streaming titles, as well as four DVD rentals from Redbox kiosk locations for $8 per month.