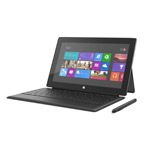 The world is awash with tablets, but if you’re a nerd who likes to tinker, it’s important that you buy one that isn’t too tricky to take apart, repair and upgrade. Fortunately, iFixit has released a list which ranks tablets according to their repairability. Whenever iFixit tears apart a new piece of hardware, it notes how easy it is to strip and rebuild. This table summarizes that neatly. iFixit explains its scoring criteria: “A device with a perfect score will be relatively inexpensive to repair because it is easy to disassemble and has a service manual available. Points are docked based on the difficulty of opening the device, the types of fasteners found inside, and the complexity involved in replacing major components. Points are awarded for upgradability, use of non-proprietary tools for servicing, and component modularity.”