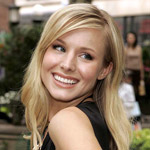 Last week, Internet Superhighway history was made when a movie based on a short-lived cult TV series that ended six years ago–no, not The Two Coreys–raised an unprecedented $2 million in less than 12 hours. The Kickstarter campaign for Veronica Mars–the CW series starring a then-nearly unknown Kristen Bell as a high school student by day, private investigator by night–has since exceeded that fundraising goal and gone on to bring in $3.6 million and counting. The news likely spurred more headlines than the low-rated series earned during its three-season run. It also landed its creator, Rob Thomas, on the Today show and CNN–occurrences the Austin, Texas-based writer jokingly attributes to Bell’s unavailability (she’s expecting a baby any time). Thomas, who had to hire a publicist for the first time ever, admits that it’s all been bigger than he had envisioned.