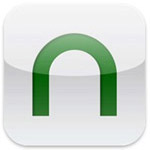 Barnes & Noble content and tablet subsidiary Nook Media, part-owned by Microsoft specifically to help boost content for its new Windows 8 platform, put some of that strategy into action: it has announced that people who download the Nook app for Windows 8 will get five books and five magazines free of charge. This is in addition to the company’s existing list of free books from its back catalog, similar to what Amazon offers on the Kindle. The Nook store currently stocks over 3 million books, comics and other reading material, which includes 1 million free books. B&N says it is creating a “select list” of free books from which to choose, which will include bestsellers like Best American Series 2012, Blue Bloods, Hello, Cupcake!, Life of Pi and The Enemy, as well as popular magazines like GQ, Real Simple and TIME.

PreviousNetflix's Next Series is Sense8: Sci-Fi from the Wachowskis NextFlipboard Hits 50 Million Users, Lets You Create Your Own Magazine