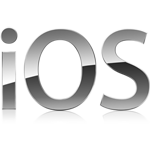 Unofficial Apple spokesman John Gruber has written a short post on Daring Fireball suggesting that iOS 7 is running well behind schedule—and that as a result Apple is hauling man power from its OS X development team. iOS 7 would typically be ready for the Worldwide Developer Conference, which is now just months away. Gruber explains: “What I’ve heard: iOS 7 is running behind, and engineers have been pulled from OS X 10.9 to work on it.” If that’s true, it wouldn’t be the first time Apple has had to transfer devs to work on iOS rather than OS X: back in 2007, Mac OS X 10.5 Leopard was delayed by four months to ensure that the iPhone project was ready on time. With plenty of rumors suggesting that Jony Ive is keen to make iOS fresher and flatter, it’s certainly beleivable that the development of iOS 7 could be taking longer than expected.