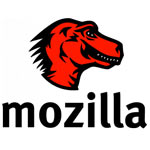 Mozilla has released a second beta of its distributed online identity system, Mozilla Persona. The Persona project is Mozilla’s effort to tackle online identity management by eliminating usernames and passwords. Instead, Persona shifts the focus away from individual websites and handles the login details for you, using just your email address. Among the new features in this release are some speed improvements, integration with Firefox OS and, most importantly, support for signing in with your existing Yahoo webmail account. It’s the latter feature that just might give Persona the traction it needs to convince more big name sites to support it. Using the new Yahoo email-based sign-in feature you can sign in to any website that supports Persona without creating a username or password — you just drop in your Yahoo email address and you’re done.