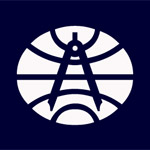 Before everyone had a smartphone in their pocket, a good road atlas was found in every car’s glove box, with many of those created by Rand McNally. A staple in the space for the past 90 years, the Atlas creator celebrated its 90th birthday this week with the release of an ebook version of its 2014 Road Atlas as well as an interactive iPad app. The digital version of the Atlas includes updated maps for all 50 states as well as Canadian provinces, Mexico and Puerto Rico, and detailed inset maps for larger cities and national parks. Much like its analog predecessor, the digital version can be used anywhere once you download it, and doesn’t require a data connection. The first edition of Rand McNally’s Road Atlas was published in 1924. Called “Rand McNally Auto Chum,” the Atlas included hand-drawn maps of the contemporary 48 states, and only included paved roads.