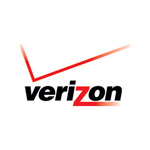 Look: we know many on Verizon aren’t happy that the carrier has revealed plans to lengthen its upgrade intervals right as smartphone update season is hitting full stride. However, there may be a consolation prize. As of April 21st, “some devices” in its smartphone range, not just the existing tablets, will qualify for a Device Payment Plan that spreads out the full costs over the course of a year, letting those who crave the latest mobile hardware (presumably, you) upgrade without either having to sign a contract or pay everything up front. Sounds like a very UnCarrier thing to do, doesn’t it? Not quite, unfortunately. The carrier tells us that these payments sit on top of existing service plans, not inside them — the base service rate won’t go down in year two.