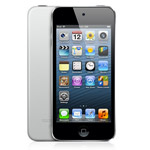 In addition to launching a new model of its iPod touch on Thursday, Apple told me this morning that it has sold more than 100 million units of the iPod touch since its introduction. The iPod touch was launched in 2007 and took the design of the iPhone, minus the calling ability. It has since become one of Apple’s most popular products. With its Retina display, the iPod touch is one of the best devices that Apple currently sells. Whether listening to music or using apps from the App Store, the iPod touch bridges the gap between the iPhone and other iPod models. The iPod touch is also a great portable gaming machine. The new model released today will further the device’s penetration into that market, in my opinion.

Read the full story at the Loop.