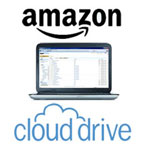 Amazon has launched a Cloud Drive Photos app for iOS, letting owners of the iPhone and iPad join Android users in storing their photography on the company’s servers. The app allows users to both upload pictures to their Amazon Cloud account and to browse the photos that are already stored there. Like Apple’s built-in Photo Stream feature, Amazon’s app can automatically pull in all of the new photos taken on a device — though because of iOS’s limitations, the app can only do that whenever it’s opened. But unlike with Photo Stream, images uploaded to Amazon’s Cloud drive are able to be viewed online through a browser, not just within specific apps.  Storage for photos comes out of Amazon’s standard Cloud Drive accounts, which begin with 5GB of space for free. The company has made its cloud services a bit more robust lately, releasing an improved its OS X app and adding a new way for users to access music that they’ve purchased.